It's Not Always Easy to Be a New Manager, But There's One Thing You Need to Do to Get Ahead 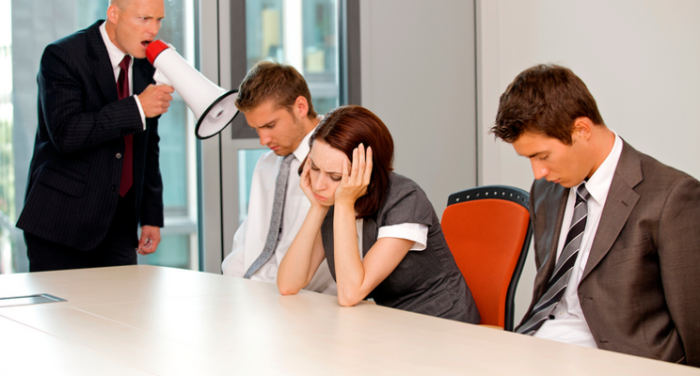 It's Not Always Easy to Be a New Manager, But There's One Thing You Need to Do to Get Ahead

Being a manager early on in your career isn't always easy, especially if you've never been in charge of others before. Imposter syndrome is real, and sometimes, you might find yourself running a meeting with people above you in both age and experience level thinking, "Am I ready for this?"

That's what happened to Vinit Patel. When he graduated from the University of Maryland 17 years ago, he found himself within a management position at Unilever focused around finance and the supply chain.

"It was intimidating because I was still a baby," Vinit says. "The average tenure of people on my team was over 10 years, and I was a year out of college. There's this notion that you can be bright, but you don't have the experience that some of the team had and that was a scary thing for me."

But, the way he tells it, it was also a much welcomed gift.

Looking back on those early days, Vinit saw that he was able to jump into other situations where he might not have had the full depth of understanding needed, but he was able to figure out how to navigate the circumstances via trial by fire.

Of course, he also read every leadership book he could get his hands on, but ultimately Vinit knew that there was a deeper problem. He wasn't bringing his whole self to work, that he was guarded and somewhat detached.

He spoke regularly with his boss, Kathy Kugelman, and one day she told him, "You need to loosen up and you need to share a bit of yourself with your team."

However, this was at direct odds with what his mother said. Vinit can vividly recall the time that she said to him, "Nothing good can come from sharing too much about your personal life."

Vinit realized that this approach was too robotic and opening up at work wasn't something that happened overnight. Kathy advised him to start small and to share events that happened in his life. It took a few years, but over time, he found that the more comfortable he was in his own skin, the more confident he became as a leader. And the more he brought of himself to the job, the more his team thrived.

While it may be cliche to talk about bringing your whole self to work, for Vinit it meant being the same person at work that he is at home, and oftentimes trying to be a better version of that person.

“The more I bring, the better people respond," he says. "People want a real leader that's authentic, where what you see is what you get."

Recently, Vinit had a team member that was going through some of the very same motions that he experienced in his first leadership role, someone that was highly capable, but was seen as being cold and introverted because they had a difficult time engaging with their team. Like Kathy, he mentored this person and after a helpful 360 Survey, they were able to focus on areas where they could make meaningful improvements. Slowly but surely, they started to connect more with their team and the group's performance has exceeded expectations since.

Vinit confesses that there's something magical about watching his team succeed, not only within their company, but across the whole spectrum of their lives, and he genuinely gets energy from witnessing it.

A Balanced Team With Many Viewpoints

While Vinit places a great deal of significance on the leadership example his family set, equally important to him is the makeup of his team.

About 2.5 billion people globally use Unilever products every day. And it's important to Vinit to have a team that represents the diverse buyers of his company's products.

"We've made really good strides," he admits. "I've been working on sales diversity initiatives for the better part of a decade."

Which has proved a success. At Unilever, 52% of their customer development team in the US is made up of women. And once you've built that team, you need to listen to its members.

It's simple and practical advice. Maybe even a little too easy. But it's no dodge. Vinit remembers that to continue to make an impact, it's important to have the mindset he had on the first day of the job. Take it all in, and always ask questions. Being a successful leader is the inevitable end result.

Source: https://www.themuse.com/advice/It's Not Always Easy to Be a New Manager, But There's One Thing You Need to Do to Get Ahead