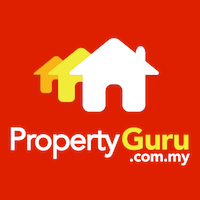 Headquartered in Singapore, PropertyGuru was founded in 2006 by 2 entrepreneurs with a vision to simplify the property search process and help buyers, sellers and investors make better property decisions faster. Taking advantage of Asia’s growing affluence, property demand and online explosion, it received its first VC investment funding in 2008, followed by a $60m investment in 2012 from Deutsche Telekom. In 2015, PropertyGuru attracted a $175 million investment to accelerate growth in Southeast Asia from a strategic consortium of investors comprising TPG, Emtek Group and Square Peg Capital. This marks the largest investment into a Southeast Asian tech company in 2015.

The Group has developed and launched 15 mobile applications in four countries and three languages. At the end of 2014, the Group recorded over two million downloaded mobile apps, and won first position in the property category for the “Digital Media of The Year 2014” award organised by Marketing Magazine.