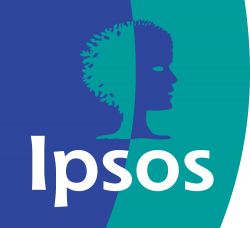 Welcome to Ipsos, the Home of Researchers
Ipsos is among the world’s largest global research companies focusing on five key areas: Advertising, Public Affairs, Media, Loyalty and Marketing. Our ambition is to make market research one of the primary means to understand contemporary society and economy, and to make Ipsos a strategic partner for those who wish to better understand the world and play an active part in it, with lasting success.
We have more than 15,000 professionals in 89 countries working with more than 5,000 customers.

History
Ipsos was founded in Paris in 1975 by Didier Truchot, who was then joined by Jean-Marc Lech as a co-chairman in 1982. By end of the 1980s, Ipsos had established itself as a successful and innovative company in France, with a recognised brand in public opinion and media research, several advertising effectiveness services and an omnibus survey.
During the 1990s, Ipsos companies were prominent in the five major European markets of France, Germany, Italy, Spain and the UK. In late 1997 Ipsos acquired ASI, one of the USA’s leading advertising research companies; while in Latin America, the Novaction companies were integrated within the Ipsos network.
In 1999, Ipsos was listed on the Paris stock exchange and continued to expand its business in the Asia-Pacific region. With turnover exceeding a billion euros in 2010, Ipsos continues to reinforce its expertise and operational capacities in the international marketplace. In October 2011, Ipsos acquired Synovate, resulting in a newly combined Ipsos organization that ranks as the world’s third largest research agency.