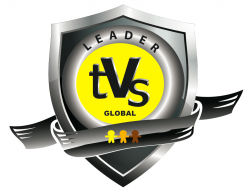 The inception of the programme was the idea of 3 friends over a cup of tea as to product an interactive programme following the ICT Webucation Wave so that parents can monitor theirchilds academic progress out of their busy schedules, anytime, anywhere, at an affordable price. After months of planning, the company was formed. Research & Development for the setting up of the education portal took 3 years, finally we move into the market by way of School Adoption, so that students will get to feel the process of learning through the Internet.

The method of learning was an immediate hit in the market that even the Ministry of Education was in favour. To-date we have successfully helped thousands of students to score straight A's in their UPSR, PMR & SPM examinations.

The acceptance level of the programme is so astonishing that it's time to expansion. Under the expert guidance or our President, we embark on the new 4 Storey HQ which is now the existing operation office. Finally the Dream & Vision the founders have turned into reality.

Kenshido is the first owed company to embark on the Webucation wave in the year 1999, by introducing an E-learning programme preparing students to be Exam ready and Score A's, when IT was introduced way back in the year 1990. Over the 10 years of inception we have successfully guided thousands of students to score straight A's in their relevant major government examinations which includes UPSR, PMR and SPM. Today the Brand Name of Score A is now a household name.

As the pioneer and leader in e-learning industry in Malaysia, Kenshido International, formerly known as EDU-2U Portal Sdn.Bhd. was incorporated in 1999 with the vision to build a nation with knowledgeable citizens. In order to achieve what we are now, we had spent Million Dollar of investment for 4 years of Research and Development. After program had been implemented successfully, we spent another 3 years testing the program in schools, this was to ensure that program could really help students improve in their studies. With thousand of students' testimonials, finally our program was endorsed by Minister of Education and successfully began to operate in the market in 2006.

Email me jobs from TVS