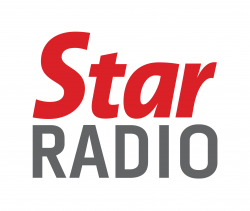 Star Media Radio Group, the radio arm of The Star Media Group, is a leading radio broadcaster with four radio stations in Malaysian airwaves. Currently, Star Media Radio Group commands a total of 5 million listeners with one Malay radio station and one Chinese radio station. Star RFM was once part of Rediffusion (Malaya) Sdn Bhd. Rediffusion was the first commercial cable-transmitted radio station that provided service coverage to Kuala Lumpur and Petaling Jaya back in 1950. In 1955 to the early ‘60s, the service expanded to Penang, Butterworth and Ipoh. In 1989, it was bought over by Arab-Malaysian Group as its largest shareholder. Then, in 1991, it was renamed to Rediffusion Cable Network Sdn Bhd. Its first FM transmission was launched in 1996 with RFM 98.8 broadcasting in Chinese, Malay and English. While the cable transmission ceased operations on 31st December 1997, the FM stations were re-launched as REDI-FM 98.8, dedicated to the Chinese market and RfM 91.5, catering to the English and Malay market. Another change took place in 1999 when RfM on the FM bandwith was moved from 91.5FM to RfM 104.9FM. In 2003, RfM was acquired by Star Publications (M) Bhd. Prior to the takeover. RfM 104.9 was rebranded RED 104.9. The attainment then led to the introduction of Star RFM Sdn Bhd. 2007 marked new milestones for Star RFM. Besides introducing online streaming for RED 104.9 and 988, it was also the year that Star Publications (M) Bhd became a major shareholder in Rimakmur Sdn Bhd and launched Suria FM, its first full-fledged Malay content radio station. 2008 was another exciting year for Suria FM as it diversified its content by flagging off a split broadcast in Sabah that offered localized content, hosted by local talents. 2008 was also the year that RED 104.9 was renamed to Red FM. Star Publications (M) Bhd marked another historical footprint in the radio industry when it introduced its youngest member from the stable of radio stations, in 2011. Capital FM premiered as Malaysia’s first English radio station that served as the hub that channels thoughts and opinions from the female perspective.